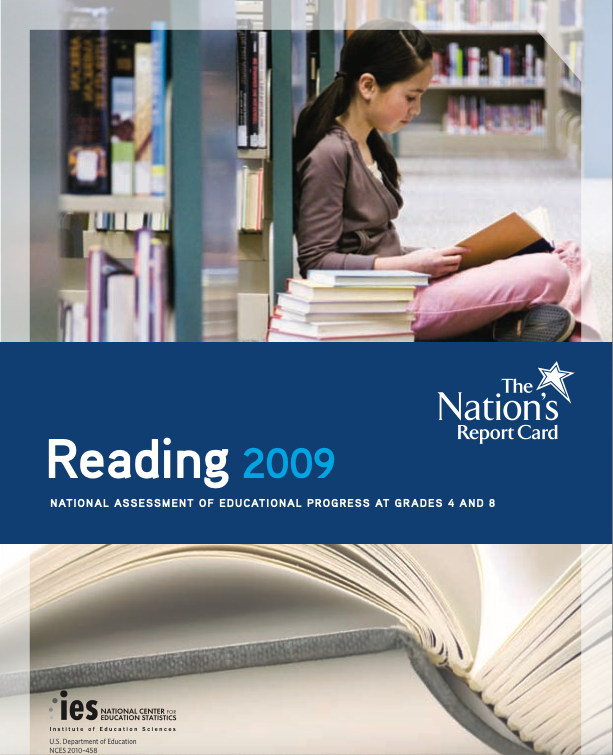 This report presents results of the 2009 National Assessment of Educational Progress (NAEP) in reading at grades 4 and 8. Results show that the overall average score for fourth-graders in 2009 was unchanged from the score in 2007 but was higher than the scores in other earlier assessment years from 1992 to 2005. The average score for eighth-graders in 2009 was one point higher than in 2009 and four points higher than 1992 but was not consistently higher than in all the assessment years in between. There were no significant changes from 2007 to 2009 in the score gaps between White and Black students or between White and Hispanic students at eighter grade 4 or grade 8. To access this report, click here.